by Perry Orren
in Automotive
0

The Dieselgate scandal that started back in 2015 with the Volkswagen emissions issue is still ongoing and affecting car manufacturers and owners in the UK. Less than a year ago, lawyers were initiating plans to lodge legal action against Mercedes-Benz for installing defeat devices in several of its cars. Daimler, Mercedes’ mother company, insists that there is no truth to the allegations. Despite this, however, recalls for the affected vehicles continue, which, for many, is an indication that the carmakers are aware of the problem more than they want to admit.

According to the class-action lawsuit put together by UK law firms, Mercedes-Benz and Daimler knowingly allowed the use of the cheat device in their diesel BlueTec vehicles. The software installed in the said cars is allegedly programmed to limit the NOx or Nitrogen Oxide emissions during testing. In a regular, no-testing setting though, the emission levels are highly toxic. This paved the way for UK car owners to file a Mercedes diesel emissions claim.

The recalls for Mercedes-Benz cars started in Europe in 2018 as per the order of the German Federal Motor Transport Authority (or KBA). The company has also informed its UK customers who owned the affected models that a recall was necessary so an update for the engine control unit can be performed. The action is intended to lower the emissions of Nitrogen Oxide to a safe level and hold car manufacturers accountable for their lies.

Although the vehicle update is offered for free, customers are still encouraged to file a diesel emissions claim.

What is a diesel emissions claim? Why is it important?

The diesel emissions claim became headline news in the UK car manufacturing industry after Volkswagen was caught cheating its customers by using defeat devices in millions of their cars. As mentioned above, the device or software is used to cheat on emissions tests so that the diesel vehicles look clean and safe for the environment.

The Dieselgate scandal was a big blow to Volkswagen as it had to deal with fines and payouts – which are still going on up to this day. However, customers have also suffered significantly because of the discovery. Most of them chose to purchase VW’s diesel cars because they were the energy-efficient alternative. In reality, though, the car owners have been polluting the streets since they started driving their VWs. This is what the diesel emissions claims are for.

There have also been allegations that fuel economy is worse when a fix is applied to the affected cars.

Throughout the UK, Europe, and even the United States, Volkswagen car owners started filing one lawsuit after another. Since 2015, VW has spent over £28 billion (or more than US$39 billion) on  payouts and fines.

After the VW scandal, more car manufacturers, including Mercedes-Benz, were revealed to have also installed cheat devices into some of their best vehicles. For the buyers of Mercedes-Benz vehicles, what greatly upset them was the fact that the affected models were labelled as clean, efficient, and environmentally friendly. This motivated them to file a lawsuit or join a class-action Mercedes emission compensation claim.

A successful diesel emissions claim will help affected car owners get the compensation they deserve from the company that lied to and cheated on them. The amount they will receive will depend on the circumstances of their case.

Why file a diesel emissions claim?

Aside from the financial reimbursement, affected car owners should consider the following as reasons for filing an emissions claim.

How to file a diesel emissions claim

If you own a Mercedes-Benz, the first thing that you need to do before filing a Mercedes diesel compensation claim, the first thing you need to do is determine if the car you have is one of the affected models. The Mercedes cars fitted with defeat devices and covered in the current recalls include GLA-Class, GLS-Class, GLE-Class, CLA-Class, C-Class, GT-Class, A-Class, CLS-Class, S-Class, E-Class, B-Class, SL-Class, G-Class, GLC-Class, and GLB-Class models that came out from 2009-2019.

The next thing you need to do is find a team of emissions experts and solicitors that can help you work through all the legal requirements and actions needed. You’ll need a team that’s not only well-trained and experienced, but also one that’s professionally authorised and regulated. It’s also ideal to choose experts who offer a no win-no fee policy (i.e. you don’t pay anything if you lose your case). All of this and more are what Emissions.co.uk can offer you. Get in touch with them right away if you need to file for Mercedes diesel compensation.

Whether you have a brand-new car or a used car, you should bring it to the mechanic for regular maintenance....

We British love our cars. There are over thirty million cars in the UK and more than one million of...

3 Things to Consider if you Plan to Lease an Audi

Selecting the right car for your car lease is an important consideration because you will be using it for years...

Do you want to know what a marriage certificate is and why its translation is important? Are you looking for...

Here’s Why Investing In A Dash Cam Is A Smart Investment For Safety And Protection There has never been so... 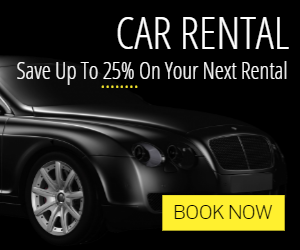